Australia Zoo Wildlife Hospital is busier than ever taking on injured animals from all around Australia due to the recent tragic fires.

Boral has been assisting the hospital feed recovering koalas through the provision of fodder from plantations established and maintained at our quarries in the Moreton Bay region, about an hour north of Brisbane. 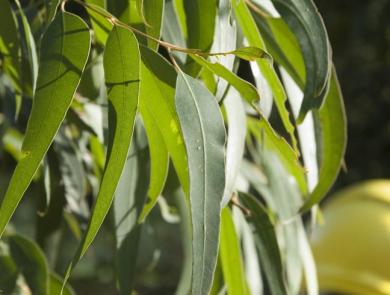 Since 2002, Boral established three koala fodder plantations, two at the Petrie Quarry and one on Narangba Quarry buffer land that involved planting in excess of 5,000 food trees during the life of the project so far.

They had all expressed the need for additional and suitable food sources during the care of injured or orphaned koalas.

Koala food consists almost entirely of the leaves of certain species of eucalypts and related plants, with each koala consuming an average of about half a kilo of fresh leaves a day.

In 2002, Boral launched its first koala fodder plantation, followed by the Narangba plantation on quarry buffer land in 2008, to increase the fodder in the area. More than 3,000 food trees were planted to establish the two plantations.

A new and larger koala fodder plantation was established at the Petrie Quarry in 2011 with more than 2,500 trees planted allowing the existing smaller plantation at Petrie to be phased out and become part of the natural habitat restoring koala habitat in the area within the quarry buffer land.

Australia Zoo and koala carers have access to both plantations at Petrie and Narangba. These plantations are part of Boral’s overall rehabilitation strategy for the quarries. 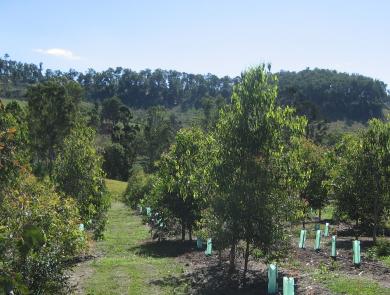 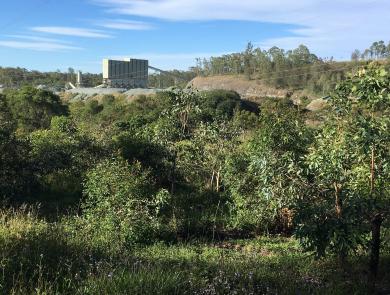 Before Boral acquired Petrie Quarry, a large proportion of the site was cleared many years ago for grazing purposes. Boral developed a comprehensive landscape and rehabilitation plan for the site to enhance existing wooded areas and reforest cleared areas. To-date about 100,000 trees have been planted over the life of the operation, which includes the two fodder plantations.

Narangba Quarry occupies 420-hectare buffer land, which has a comprehensive rehabilitation plan where in excess of 30,000 trees have been planted in recent years and the land is maintained through a thorough weed management plan.

Apart from providing fodder to injured, orphaned, or koalas housed at Australia Zoo, Boral quarry staff and landscape contractors have noted that since the extensive planting and weed clearing on-site, more koala movements were recorded, as it is now easier for them to move around the area.