On a 667 square metre block in the Perth suburb of Cottesloe stood a 90-year-old home beyond repair. David Groom had owned the block for more than 15 years and always intended to build on it. After spending 11 years in Victoria, David returned to his home state of Western Australia with his young family to create a residence featuring Australian hardwood timbers, inside and out. 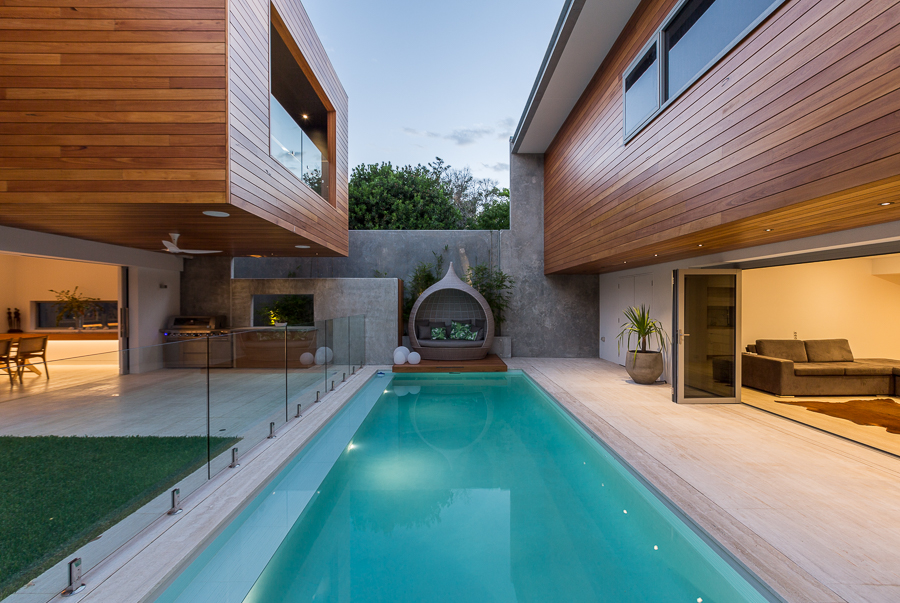 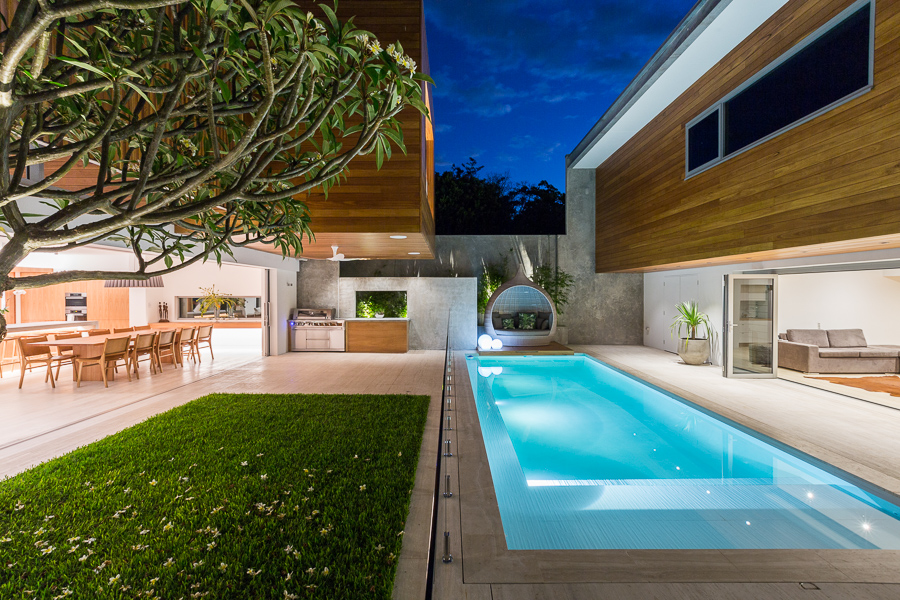 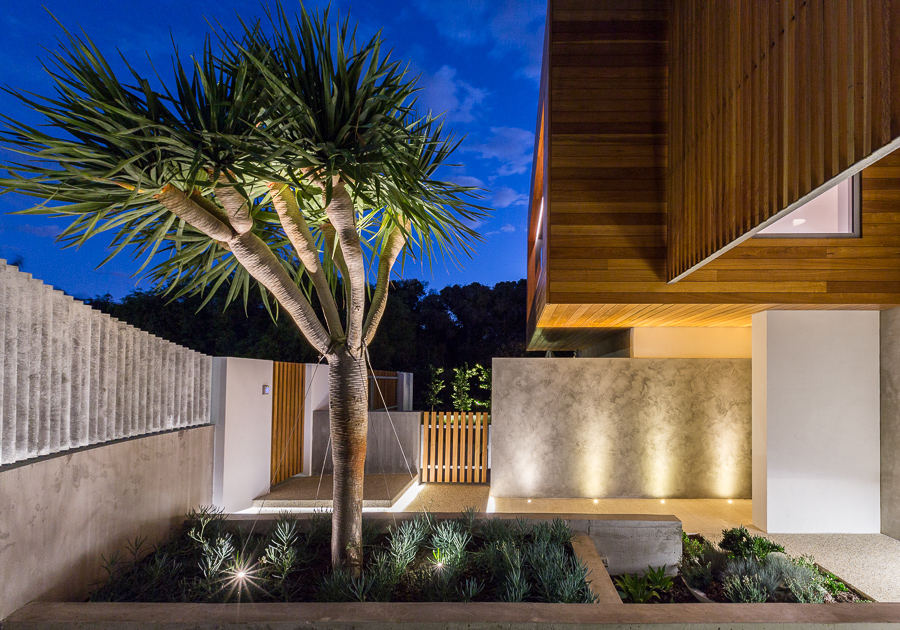 The concept began to take shape in 2012, with a relatively unusual construction method at its core. “I was involved in commercial construction and used a lot of concrete tilt on the site, which you don’t often find in residential projects. Typically, in a residential setting, precast concrete panels or an in-situ pour may be used. We turned the site into one big casting bed.”

After levelling the site, which was more than two metres higher at the back compared to the front of the property, retaining was put in place. A casting bed was laid over the whole site, then a number of large concrete panels were prepared and stacked. Panels stacked six high were lifted by crane in one day to erect an instant structure with all the walls in place.

As a forester, and with a furniture maker as a father, David grew up understanding timber and wanted to integrate as much wood as possible into the build. This material would also help to soften the appearance of the concrete structure.

Boral Timber cladding was chosen as the main feature of the home, in Blackbutt species. Approximately 260 square metres of shiplap profile cladding was applied horizontally to the two primary building components, which sit on either side of the pool area. This lightweight floating material balanced the concrete and was pre-oiled before application. Particular care was taken in choosing the boards, ensuring the natural colour variations linked well together.

“We wanted to retain the natural colour of the timber, rather than change the colour with any pigment finishes,” commented David. “We also looked at composite cladding products but nothing compares with the natural beauty of timber.”

In fact, timber features throughout the home including decking, screening, internal flooring and door frames, as well as a Blackbutt veneer on the kitchen cabinetry and a Blackbutt dining table made my David. “The colour and consistency of Blackbutt is great,” said David. “It has a nice golden look, not too yellow, brown or red. It’s also very durable in terms of weathering, and offers termite resistance and fire resistance.”

Structural hardwood was used as vertical screening on the East, North and West first floor faces. Long 3.6m lengths provided privacy and shading from the outside and on the inside a beautiful outlook…

“Lighting was a significant part of our architectural and interior design. There is extensive use of light strips inside the home to wash over and highlight the natural timber, and external up-lightings showcase the timber day and night.”

While the house was completed in early 2017 following a two year build, some of the interior fitout, including a wine cellar crafted by David, has only just been completed.