The paint is officially dry and the concrete has set on the $5 million recent wash plant refurbishment at the Bacchus Marsh Sand Quarry to enable Boral to increase its capacity to support its existing and future customer base.

The construction industry in Australia and, indeed, across the globe remains acutely aware of the enormous demand for sand. Locally, Melbourne’s construction is booming propelled by the Victorian government’s unprecedented investment in infrastructure expansion and improvement.

Natural sand sources close to Melbourne’s CBD are gradually being exhausted with industry participants facing challenges to secure quality raw feed supply as sand dwindles. As these sites reach a terminal position where maximum extraction has occurred, the sand needed to produce concrete, an essential ingredient in infrastructure projects across the state, material needs to be sourced from further afield, which leads to increased labour and transport costs and contributes to a higher overall project cost.

The refurbishment of the plant at Boral’s premier sand quarry has enabled onsite production hours to be reduced while increasing its customer base to support a greater number of local and Melbourne CBD projects supporting the state’s burgeoning population growth.

Boral’s success in being awarded the West Gate Tunnel Project meant that the refurbishment of the existing wash plant at Bacchus Marsh was essential to meeting the forecast demand of this and other major infrastructure projects while continuing to service our existing customers’ needs and operating the facility at maximum processing capacity.

To ensure we were able to meet current and future demand for sand which is used to produce the concrete required for a large number of projects within the Victorian Government’s extensive infrastructure expansion program, Big Build Boral purchased the land adjacent to its existing pit at Bacchus Marsh.

This land contains many years worth of raw feed with core drilling results showing a highly variable raw feed, and high volumes of lower grade feed. The current pit has always yielded small amounts of low-grade feed, but not enough to justify significant plant modifications, so this material has historically been discarded as overburden to be used as part of the overarching strategy to rehabilitate the site in future years once production at Bacchus Marsh is complete. Following the refurbishment of the plant, Boral is now able to process a variable feed and consistently produce a high-quality product which is then used to make the exceptional concrete we have become synonymous for. 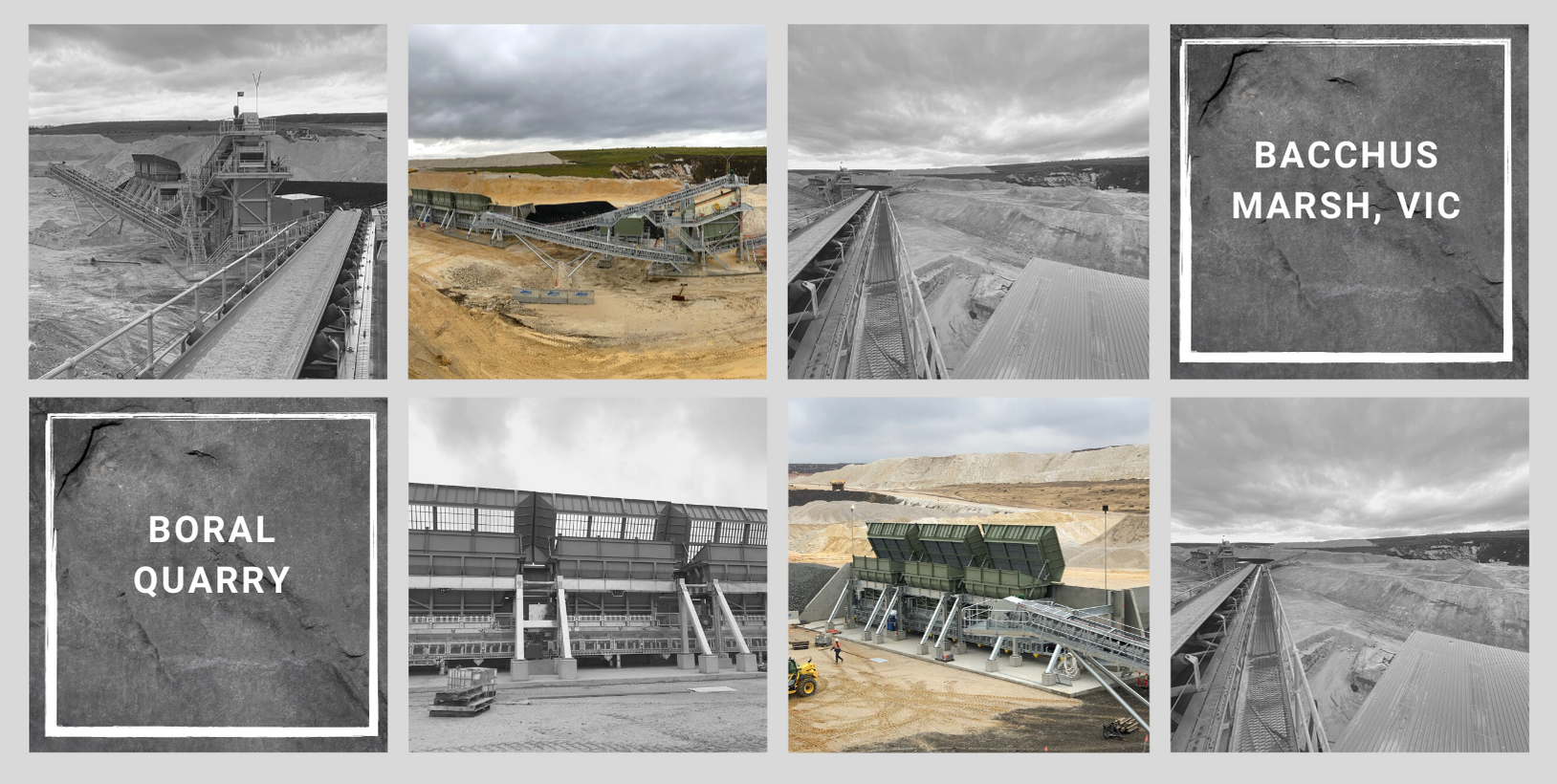 Tags
quarries
Back to top